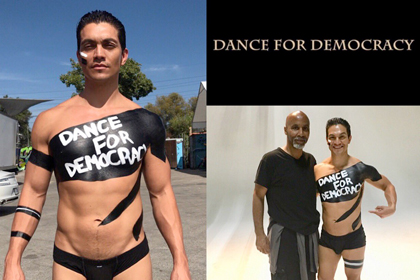 Member Antonio Martinez is a master of social media and communication. He faithfully posts his projects, always careful to tag Answers4dancers and industry players he's worked with. So when Antonio was featured in a behind-the-scenes video for the Dance For Democracy (D4D) campaign, he captured our attention.

MSA's Julie McDonald; The force behind the video project:

Antonio is repped by MSA Agency in Los Angeles and we learned that Founder and Senior Agent and trailblazing visionary Julie McDonald was the force behind the entire project.

Julie shared with us how the project unfolded:

Dance For Democracy was actually my brainchild and I produced the video with a wonderful producer named Pam Tarr who deserves quite a bit of the credit. She brought in an incredible post production company, Spot Welders, and iconic video Director, Sam Bayer. The song is an original by recording artist Macy Gray.

Here’s the video in case you haven’t seen it:

Here's the rest of the story in Julie's own words:

Pam and I felt we wanted to do our part to encourage dancers to register to vote as so many of them are not connected to politics and do not understand the power of the individual and how voting is so very important in preserving and protecting a true democracy. The freedoms that we all currently enjoy and take for granted were hard-fought victories by people who came before us. It’s now up to this younger generation to use their voices through the power of the vote!

We wanted to change that and inspire them which is why we focused on issues and not the politicians themselves. Issues that are important to young people such as Climate Change, Black Lives Matter, Gun Control, and more are all featured in the video project.

And while this project was originally focused on the November mid-term elections, the message is so important that a second video was released that features long-time member Antonio Martinez who shares how he got involved, but first, here’s the video that features Antonio:

Here's Antonio's part of the story:

I had met Keith Young on a recent Cadillac commercial MSA booked me on! I was a salsa dancer for this national spot. Because it was so easy working with Keith, and because he knew I was versatile, he asked me to be a part of Dance For Democracy! Of course I said yes without hesitation!

I was very flattered to be asked by Keith Young to be a feature in such a meaningful project!  Not only was it artistically stunning but the cause was so powerful. Having the right to vote means having a voice in our nation and I believe that’s priceless.

Antonio continues, I always love dancing all styles on stage, film, and TV.  To get to perform contemporary with all of the artists involved was unforgettable.  All of the choreography was taught and performed on the same day.  It was exciting and thrilling to get to work very quickly with the choreographer and decide what would be shot.  Literally... all of what you see was created through teamwork and structured improv, then solidified right before taping. Talk about “organic" - I can't wait to work with Keith Young again.  And I am beyond thankful for Julie of MSA for all her hard work!

Emmy Frevele also had a very positive experience working on this project. She's the dancer on the right in the photo below. Here's Emmy's feedback:

In being part of Dance for Democracy, I could feel the inspiration in the room, especially amongst the dancers. We all left with a sense of purpose in sharing the message to register and vote. I’m so grateful to have been a part of it. Thank you, Julie and everyone involved! 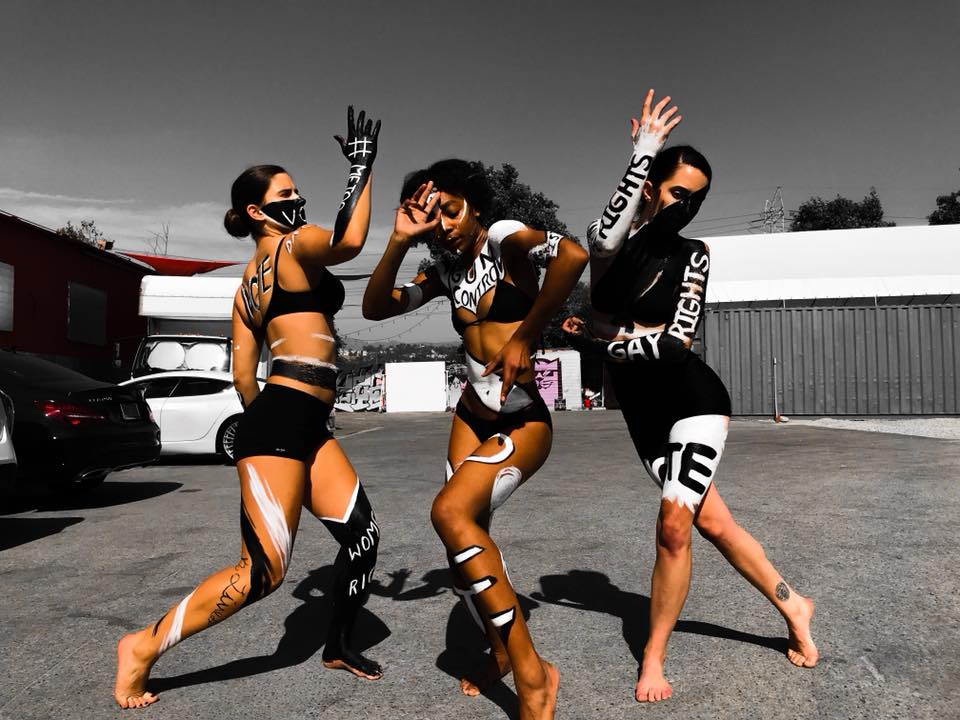 It's so great to see the results that can grow out of incredible creativity in the dance community. From the original concept to the final videos, Dance For Democracy has had a real impact on everyone who participated in the process. The hope is their message will reach a greater audience and effect positive change to get more young people involved in voting. This is a great start toward that goal!