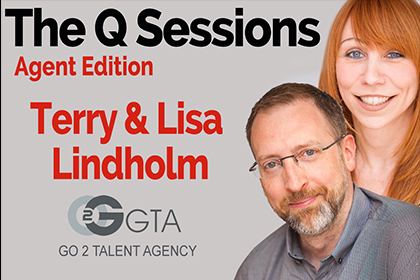 In response to the COVID-19 Pandemic, A4D has launched a new series: THE Q SESSIONS designed to help the dance community navigate this challenging time.

If you're looking for advice on the current state of the dance industry, then watch this installment of our Instagram LIVE: THE Q SESSIONS with LISA & TERRY LINDHOLM. Watch the IG Live video below:

Lisa and Terry Lindholm, President and Vice President of Go 2 Talent Agency, as well as senior agents, joined us for an Instagram Live session on May 15 for an incredible discussion on the post-COVID-19 world and how that will look for dancers. This power duo shared practical advice for things you can be preparing right now so you can be submitted online by your agent. They see this trend continuing well into 2021, so it's important to listen to their insights.

They share how the industry looks today, the types of casting currently taking place, and upcoming projects. Having two agents in the IG Live was such an extraordinary bonus and we can't them both of them enough for taking the time to share such valuable information with our followers.

OUR IG LIVE HOST:
Leading the discussion is Stephanie Scull, an A4D Dancer To Watch who's repped by Go 2 Talent Agency. Stephanie not only hosted this session, but she monitored the questions that viewers were asking and presented them to Lisa and Terry who answered them all. What a great interactive IG Live loaded with so much valuable information.

Watch Lisa & Terry's interview now and prepare yourself to attend "Working With Your Agent 101" – meaning you're about to take a master class in what you need to know to get signed by an agency and what to expect for your upcoming self-tape auditions. You’ll want to take notes to create your career action plan! Enjoy!

Our mission is to provide our clients with bespoke representation services as an advocate in support of their interests in the entertainment industry and to establish ourselves as a trusted resource for artists specializing in the craft of dance and choreography to buyers around the world.

Go 2 Talent Agency (GTA) is a boutique talent agency that represents the Go-To Artists to put your project in motion. We opened our doors in 2011 with a primary focus on Dancers and Choreographers in all genres of movement for all mediums of the entertainment industry. As the careers of our clients evolved so to has our roster that now includes dancers, choreographers, triple-threats, educators, influencers, specialty acts, creative directors and performance producers for TV & Film, Commercial & Print, Music Videos & Tours, Theatre & Corporate as well as new & emerging platforms.

The genesis of GTA was to create a company where we could remain with our clients throughout the evolution of their careers. Our formula for success has revolved around the core values of individual relationships, outstanding communication and the elevation of our community.

ABOUT OUR HOST, STEPHANIE SCULL
Stephanie Scull, an A4D Dancer To Watch who's repped by Go 2 Talent Agency. Stephanie has an enviable list of credits including performing with Beyoncé, Usher, Channing Tatum, Gwen Stefani, Carly Rae Jepsen, and Chris Brown. You’ve seen her in national commercials with Old Navy, on television shows, and she has danced for the NBA’s Brooklyn Nets. Stephanie is also a freelance costume designer and fashion consultant. 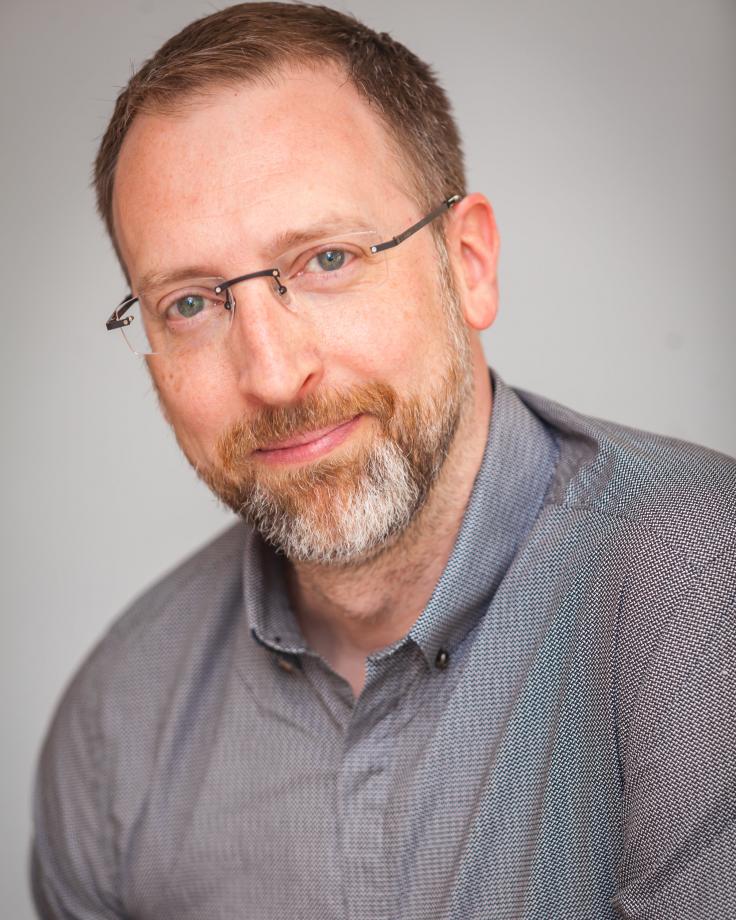 Terry grew up in his mom’s dance studio in Palatine, Illinois and trained extensively in the Chicagoland area. He cites performing “Bojangles” with Hubbard Street Dance Company for Chicago’s 150th birthday celebration as a highlight. After graduating from the Chicago Academy of the Arts, Al Gilbert encouraged him to move to Los Angeles where he studied on scholarship with Joe Tremaine. This was the catalyst that eventually led to his teaching with Tremaine Dance Conventions from 1989 to 2001. During this time, he also worked on many memorable projects including Newsies directed by Kenny Ortega, Greogory Hines’ Tap, I’ll Do Anything choreographed by Twyla Tharp, the role of Flagstaff in Bette Midler’s Gypsy, as well as choreographing Rita Moreno for Jerry Herman’s Broadway at the Bowl, and under the direction of Bill Conti, the tap sequence for the film score of The Thomas Crown Affair, among others.

From the inception of the dance/on-camera department at McDonald Selznick Associates (MSA) in 2002, Terry guided the creation and development as its Executive Director through 2010 before opening GTA the following year. Terry is currently on the advisory board for The World Choreography Awards, the Global Dance Initiative, and Dance Spirit Magazine as well as a member of the advisory committee for the choreography peer group at the Academy of Television Arts & Sciences (ATAS).

He avidly educates dancers through his speaking engagements and is grateful to work as an advocate for the elevation of the dance community. His diverse range of experience has benefited both emerging and established artists alike, quickly turning GTA into one of the leading agencies focused on the representation of dancers and choreographers in the entertainment industry. 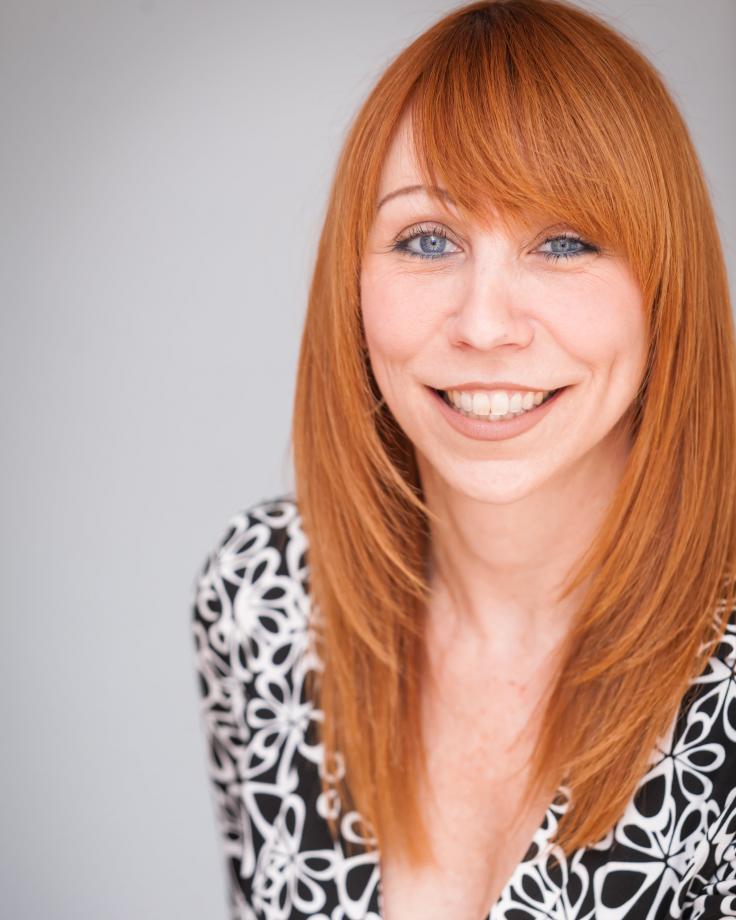 Known for her unparalleled personal attention and customer service Lisa Lindholm is excited to be able to bring GTA to life. It is truly a dream come true for her and husband/partner Terry Lindholm. With over ten years of experience in the agency business she has developed a reputation with producers, casting directors,and managers as a straight-shooter who stands up for her clients and creates solutions. From 2002-2011 she held the position of co-director and senior agent of the Dance Department at McDonald Selznick Associates (MSA), prior to that she held talent agent positions at bloc Agency and DDO Artists Agency. During this time she has had the privilege of working with the best of the best in the dance community. Her clients have worked at the highest levels in the entertainment industry including but not limited to the TV shows So You Think You Can Dance, Dancing With The Stars and Glee, recording artists Ne-Yo, Rihanna & Janet Jackson and feature films, Step-Up, Burlesque and This Is It just to name a few.

Prior to becoming an agent, Lisa began her career as a professional dancer and is a proud member of the EDGE scholarship program alumni. She assisted faculty members Rhonda Miller, Cindera Che and Phineas & Karine Newborn, and eventually became the manager of EDGE Performing Arts Center in Los Angeles. As a successful dancer and model, her credits range from Feature Films to Commercials (Fanta), Hair Shows (Sebastion, Redken, and Joico), designer runway shows (In China, Japan, New York and LA), and more.

She feels through her own experiences as a dancer she can guide the dancers she represents in a direction that will enable them to have a long and prosperous career in the entertainment industry.

Please check back often for updates and additional information.

Answers4dancers is here to support our members and the dance community at-large. Please contact us if you have any questions and we will do our best to work through this together!

As a director and choreographer, Vincent created many works for Madonna and Michael Jackson including Madonna's BLOND AMBITION TOUR (on which the film, TRUTH OR DARE is based), and her legendary Marie Antoinette VOGUE performance for MTV, and the choreography for her videos EXPRESS YOURSELF and VOGUE. For Michael Jackson, with whom he worked for over 15 years, Vincent created the BAD TOUR, as well as SMOOTH CRIMINAL and BLOOD ON THE DANCE FLOOR and multiple other Jackson music videos and live performances, from Michael’s Grammy Award appearance to the SUPER BOWL HALFTIME SHOW.